My debut action / adventure graphic novel, Blowback, was released in January, 2021 on Amazon and comiXology.

Written with Rhonda Smiley, the book has art by Kev Hopgood and color by Charlie Kirchoff.

In it, a present-day U.S. Marine and his unit disappear in the Bermuda Triangle, only to find themselves in the year 1776. There, they battle to maintain the course of history as they face off against a stranded World War Two era Destroyer turned ruthless pirate ship.

[textsmith] IS the official site of [Jim hereth]

I MAKE STUFF UP. 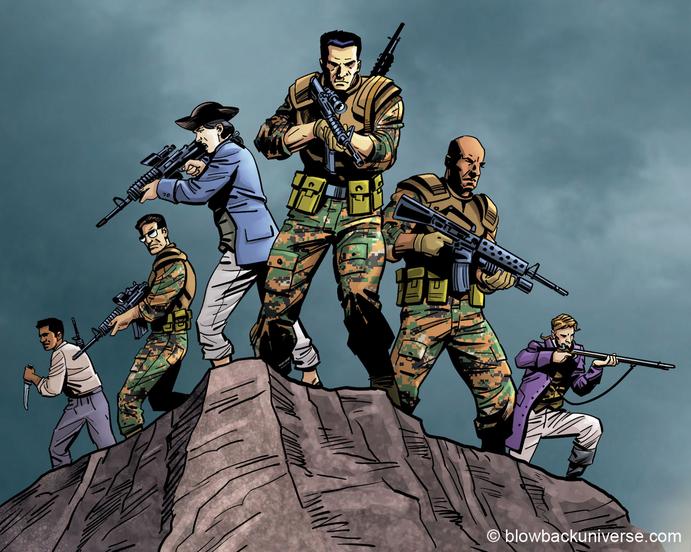